Latest News:
'We Are In This Together', Message from Diocesan Metropolitan H.G. Dr. Youhanon Mar Demetrios
Do not boast about tomorrow, for you do not know what a day may bring. Proverbs 27.1 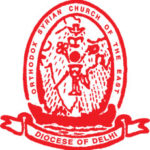 The Delhi Orthodox Diocesan Council is the society registered by the Delhi Diocese of the Malankara Orthodox Syrian Church in 1979 (Reg. No. 10502 of 1979) under Societies registration act XXI of 1860 with Registrar of Societies, Delhi. The primary objectives of the council is to provide and administer the parishes, congregations, monasteries and convents, medical and educational institutions and cater to the welfare of the humankind, especially for the upliftment of the poor and the downtrodden by means of various charitable and service oriented endeavours.

The Silver Lining in the Cloud

“Our sincerest laughter
With some pain is fraught;
Our sweetest songs are those that tell of saddest thought.”
-Percy Bysshe Shelley, Ode to a Skylark