The Delhi Orthodox Centre is the realisation of the vision and earnest endeavours of the first metropolitan of the Delhi Diocese, H.G. Dr. Paulos Mar Gregorios. Exactly thirty years ago, the Cente was inaugurated by the then Vice-President of India, Shri R. Venkatraman and was dedicated to the service of the Diocese, the Church and the nation. 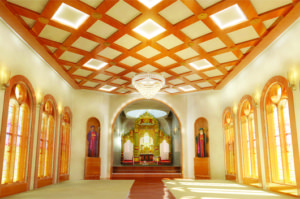 Built in a Byzantine architecture, the Centre housed the various activities that made Metropolitan Dr. Paulos Mar Gregorios a world-renowned religious and social leader. And this was that the Centre would serve not only the interests of the Church, but also promote dialogue between philosophy, religion and modern science, in order that all would co-operate to advance genuine human development. These included the South Delhi People’s Educational Society, the Santi Kendra, the Sarva Dharma Nilaya, the Delhi DhyanMandir, the Sophia Society, the Delhi Orthodox Diocesan Council, the official residence of the Metropolitan of the Diocese of Delhi, a chapel, conference and seminar rooms and other facilities for the residents of the Centre. The facility thus served as a hub for the activities of all these organisations, a tribute to the beliefs and objectives of the late Met. Dr. Paulos Mar Gregorios. 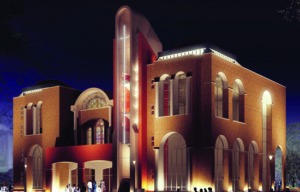